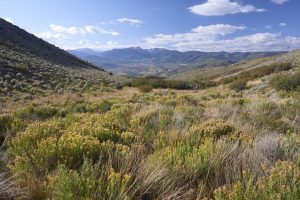 A showdown in the west will take place Tuesday in Denver over the Trump administration’s efforts to revamp the National Environmental Policy Act, changes that environmentalists consider harmful.

The Environmental Protection Agency will hold a hearing at its regional headquarters in Denver on a plan to speed up commercial development in the White River National Forest by rolling back clean  air and water protections. 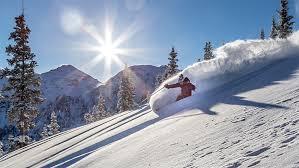 The Denver Post examined what is at the center of the hearing—a commercial request for a paved road that could enhance housing development.

The showdown over President Donald Trump’s proposed trimming of environmental reviews for roads, bridges and pipelines under the nation’s foundational look-before-you-leap law hits Denver this week — just as that law guides a precedent-setting decision in western Colorado’s booming Vail Valley.

A Czech entrepreneur has requested a paved road through the White River National Forest, on protected habitat for rapidly declining elk, to allow the development of gated luxury estates on his 680-acre “inholding” of pristine high-country aspen meadows.

His push for a road to enable development on this inholding — private land surrounded by public forest — became so controversial that the U.S. Forest Service launched a years-long review under the National Environmental Policy Act, or NEPA, to consider possible harm.

For 50 years, the NEPA law has served as an environmental Magna Carta, obligating Americans to anticipate impacts before embarking on any major development projects involving the federal government, whether through funding, permitting or the work itself. It forces about 170 detailed environmental impact studies across the nation each year, and 10,000 lesser assessments, federal records show.

The environmental review in western Colorado that has encompassed nearly a decade has led to careful vetting of the effort by Florida-based Czech entrepreneur Petr Lukes and co-owner Jana Sobotova to construct Berlaimont Estates, featuring 19 homes each built on a parcel of land 35 acres or larger. The project hinges on building a 26-foot-wide access road that rises 2,000 feet through forest.

Lukes declined an interview request from The Denver Post.

For the landowners, the fact-gathering, investigation and analysis of likely environmental impacts began with a process called scoping in 2009. The initial proposal was put on hold to work with Eagle County officials before intensifying NEPA reviews began in 2016.

“I don’t think we would have wanted any less thorough of an environmental review,” said Andy Hensler, a Colorado-based consultant that the property owners hired to navigate the process. “The review is important. And we have learned a lot through the process. We are looking at modifications, things we could do to lessen our impact.”

U.S. Forest Service supervisor Scott Fitzwilliams hasn’t revealed a decision yet, but emphasized in an interview that he’s bound by federal case law saying his agency must provide adequate access for owners of inholdings. An environmental impact statement, 400 pages long, is nearly done along with a draft final decision.

Colorado opposition has been fierce, with thousands of residents petitioning the Forest Service to reject the road, pointing to the plummeting elk, the potential for recreational overload in a forest that is already the most visited in the nation, and a potentially costly precedent for catering to inholdings owners.

Elk herds across a broad area around the Vail Valley have decreased by 40% over 20 years and suburban-style development now covers much of the valley bottom.

State wildlife officials warned of problems as the review began in 2016. Gov. Jared Polis, U.S. Sen. Michael Bennet and Rep. Joe Neguse, all Democrats, last summer weighed in, urging close attention in a letter to Fitzwilliams, noting the road would mean changing a forest management plan to open up an area that’s been closed from November through May to help elk survive.

The controversy reverberated to the point that plumber Tim Wolf, an avid hunter who has run Gypsum-based Flowheat Inc. for two decades, took a personal stand against further fragmentation of habitat by declaring he won’t work on any new development in the Vail Valley.

“Development has encroached on a lot of our wildlife resources. The more we keep building, the more we’re going to encroach. I choose not to partake in any new construction. I don’t want my name on any more new houses until we figure out our wildlife situation,” Wolf said.

This battle in western Colorado has emerged as a precedent-setting test of how NEPA, launched under President Richard Nixon in 1970, compels reviews, ensures public meetings where all sides can be heard and, when necessary, spurs science-based analysis. The law created the Council on Environmental Quality in the White House.

On Jan. 9, the council’s leaders, under Trump, formally proposed a revamp to “modernize” environmental reviews, following more than a year of behind-the-scenes discussions. Proposed changes would narrow the use of NEPA so that infrastructure development from roads to fossil-fuel pipelines can be done more easily and swiftly.

The changes would reduce the types of projects and impacts that require environmental review. A requirement that decision-makers analyze a project’s cumulative environmental impacts, which federal courts have interpreted to include climate change, would be removed.

Changes also would limit the consideration of indirect impacts. Federal agencies wouldn’t be allowed to weigh environmental impacts that occur later or in locations away from the project as part of a lengthy causal chain. Changes also would let companies conduct their own environmental impact reviews, in consultation with federal officials. Public comments would be restricted to those that are deemed timely and specific.

“Projects or activities that require a federal permit or approval would continue to be subject to review,” White House environmental council spokesman Dan Schneider said.

But the impacts on the environment to be analyzed “must be reasonably foreseeable and have a reasonably close causal relationship to the proposed action,” Schneider said.

The proposed change to let developers and companies conduct their own environmental impact studies still “would require the decision-making agency official to provide guidance, participate in the preparation, independently evaluate the statement and take responsibility for its content,” he said, adding that “the involvement of applicants and contractors will be disclosed.”

Overall, the revamped NEPA “would provide for a faster process while ensuring that agencies analyze and consider the environmental impacts of proposed actions and reasonable alternatives to address significant impacts,” Schneider said.

EPA officials tapped to host the hearing in Denver declined to discuss the changes, referring queries to the White House. A final hearing is planned for March in Washington, D.C., before implementation.

Those pressing to shorten environmental reviews include the U.S. Chamber of Commerce and the fossil-fuel industry’s American Petroleum Institute, which casts NEPA environmental reviews as “red tape” that delays development, including thousands of miles of proposed new oil and gas pipelines.

Red tape means “endless and repetitive reviews” for renewable energy, natural gas and oil projects that have been “misused to delay and derail development, which hurts job creation, reduces tax revenue and saps investments in communities across the country,”  API spokesman Reid Porter told The Post.

“The need to modernize the NEPA process isn’t unique to the natural gas and oil industry. While the intent of NEPA is to benefit the environment and future generations of Americans, in practice, hundreds of projects have been delayed in the last decade by NEPA,” Porter said. “Uncertainty around costs and timelines can make projects uneconomical and, without updating NEPA, many will never be built.”

Labor union leaders, too, have challenged the need for lengthy environmental reviews.

But the push for a revamp ignited wide opposition, including a bipartisan group of 140 lawmakers including Rep. Diana DeGette, D-Denver, who signed a letter to the White House calling the changes “out of step,” warning that they “ignore both the reality of climate change and the critical role NEPA plays in addressing complex problems like climate change.”

The National Wildlife Federation, a conservation group representing 6 million hunters, anglers and other nature lovers, is helping to prepare for a legal challenge. The federation’s senior attorney Melissa Samet said White House changes to the NEPA amount to “death by a thousand cuts implemented by machetes.”