$500 million in notes to be offered by Tallgrass Energy 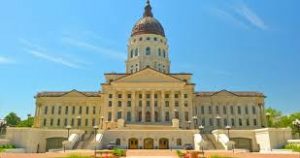 As alarm over climate change grows around the nation, discussions in the Kansas Legislature about the planet’s challenges are scarce.

“Despite the fact that climate change is an urgent threat, we have not yet had a hearing in the statehouse about climate change and about the risk it could pose to Kansans,” said Rep. Eileen Horn, a Lawrence Democrat in an interview with the Kansas City Star.

In Kansas, more droughts are expected, and their intensity is expected to ramp up as the years continue, according to the National Academies of Science, Engineering and Medicine.

Advocates and lawmakers held what they dubbed an unofficial hearing Feb. 10 to learn from experts about how climate change could impact Kansans in the coming years. The event modeled a committee hearing, with lawmakers appointing a chairman and vice chairman, though it wasn’t officially a part of the Kansas Legislature’s agenda.

The group’s goal was to inspire more legislators to address the issue in the House and Senate. Many voiced a hope that lawmakers could consider policies that would push Kansas toward using more renewable resources and decreasing the state’s carbon footprint.

Rep. Don Hineman, a Dighton Republican and chairman of the committee, said it’s a conversation that should be pushed for more in the statehouse. Hineman has a background in farming, and his experiences have convinced him that human activity impacts climate change.

“It’s time for all of us to take responsibility for that, and to mitigate and change what’s currently ongoing,” Hineman said.

The group gathered a year after Kansans experienced high levels of rainfall and flooding. In May 2019, about 1.3 billion gallons of public sewage flowed into Kansas rivers due to flood damage. Officials issued 14 advisories to residents across Kansas to start boiling their water.

While lawmakers agree flooding across the state in 2019 presented a serious risk for Kansans, they disagree on the underlying cause.

Rep. Ron Highland, a Wamego Republican and chairman of the agriculture committee, said he doesn’t believe carbon emissions are the leading cause behind the changing weather. He contends the planet is experiencing a warmer period.

Nathan Brunswell, a geography and atmospheric science professor from the University of Kansas, said that while specific weather events can’t be attributed to climate change, the pattern of extreme weather can be.

And in the coming years, scientists say those extreme weather events will happen more often.

“We’re starting to see a change in the frequency of events more often,” Brunswell said. “I do believe what we’re seeing can be attributed to global climate change.”

Scientists predict by the end of the century, precipitation and rainfall patterns are expected to stay about the same, Brunswell said. But increasing global temperatures will cause water resources to decrease due to evaporation.

Activists are pushing for coal plants to close, and for Kansas to use more renewable energy resources. Already, the state is a national leader in wind energy. In 2019, Kansas and three other states accounted for producing half of the United States’ electricity from wind power. Thirty-six percent of Kansas’ electricity is produced by wind.

Scientists suggest Kansas has more potential in producing solar power as well. Using these renewable resources, along with diversifying agriculture, are all solutions activists say can help alleviate later climate consequences. But it all starts with a discussion in the Kansas Legislature to instate those policy changes.

“Kansans need to be able to make their homes and their communities more resilient,” said Dorothy Barker, a representative from the Wind, Energy, Air, Land, Transportation and Health Coalition, which advocates for policy changes related to climate change.

House Democrats plan to push for more legislation that supports renewable energy across Kansas throughout the 2020 session.

“We need to get past this point of discussing the science and actually have this real, legitimate conversation about policy implications, knowing that the science isn’t perfect, of course,” Brunswell said.

“But we’ve known a lot of these things, and the general prognosis for the future hasn’t changed that much in a long time. I think we can be very confident in what we’re expecting.”