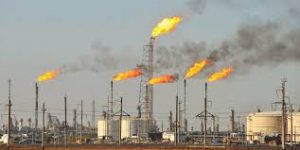 Natural gas flaring in U.S. oil and gas fields grew in 2019 for the third consecutive year, thanks largely to increased oil and gas production in Oklahoma, Texas, New Mexico and North Dakota.

In the Permian Basin underlying Texas and New Mexico, the largest U.S. shale basin, flaring and venting totaled about 293.2 billion cubic feet last year, according to state regulatory data compiled by independent energy researcher Rystad – up about 7% from 2018. In North Dakota’s huge Bakken oil field, meanwhile, the volume was just over 200 Bcf, up 36% from 2018, Rystad said.

Combined, that would put volumes of flared and vented gas from America’s two biggest oil fields at 493.2 Bcf, more than 5% above the national 2018 total of 468.3 Bcf reported here by the U.S. government’s Energy Information Administration (EIA).

Flaring, or deliberately burning gas produced as a byproduct to oil, can worsen climate change by releasing carbon dioxide. Venting releases unburned methane, which is many times more potent than carbon dioxide as a greenhouse gas. Oil drillers tend to flare or vent gas when they lack pipelines to move it to market, or prices are too low to make transporting it worthwhile.

“You’ve got a real waste issue,” said Colin Leyden, a policy advocate for the Environmental Defense Fund, which tracks flaring. “And everyone should be concerned about that.”

That volume of gas, if released directly to the atmosphere, would have the climate impact of about seven coal-fired power plants, according to the Environmental Protection Agency’s Greenhouse Gas Equivalencies Calculator.

Texas, New Mexico, and North Dakota led a 66% nationwide increase in flaring and venting in 2018, and represented 90% of the national total that year, according to the EIA. The agency will not release its 2019 flaring and venting estimates until late this year.