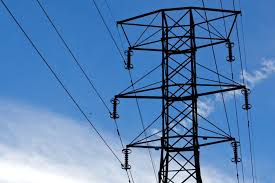 The nation’s 2,000 community-owned electric utilities agreed for the first time this week that Congress needs to take action to address climate change. And dozens of Oklahoma utilities are a part of the agreement.

The American Public Power Association, meeting in Washington, unanimously approved a resolution in support of current bipartisan efforts to reach a consensus on how to reduce greenhouse gas emissions causing global warming.

“The shift that we’ve seen in our membership is that we agree that legislation is the way to go,” APPA President and CEO Joy Ditto said.

Oklahoma has at least 61 community-owned utilities as well as 2 Joint-Action agencies and three State and Regional utility associations.

The resolution calls on Congress to:

APPA’s CEO-level Climate Change & Generation Policy Task Force has been wrestling with what to do for a number of years, Ditto told reporters during a briefing. “I think now the world has evolved in the last 13 years” since APPA leadership took a look at climate change, she said.

She added, “I think there is a recognition across the board politically, across the spectrum and that we’ve seen an evolution of the desire to address climate change but also move forward on clean energy.”

The resolution is a “recognition that the current Clean Air Act is not the place to regulate greenhouse gas emissions. It’s not wieldy for that,” she said.

Following the Supreme Court’s 2007 decision in Massachusetts v. EPA, which held that EPA has the authority to regulate tailpipe emissions of greenhouse gases, the Obama administration in 2015 crafted the complex and controversial Clean Power Plan to direct curbs in heat-trapping emissions from power plants.

“There is recognition that something is going to eventually happen here in D.C. on climate, and we think it’s best done at the legislative level,” said Desmarie Waterhouse, APPA’s vice president for government relations.

APPA’s position is a hedge against the “pingponging” of regulatory actions that can occur depending on which political party controls the White House, she said.

“If a Democrat were to be elected [this year], who knows what rule would follow,” Waterhouse said.

APPA noted that “congressional interest in addressing climate change continues to increase,” citing the 2018 elections, when Democrats took the majority in the House and Speaker Nancy Pelosi (D-Calif.) reinstated the Select Committee on the Climate Crisis.

Moreover, Republicans on the House Energy and Commerce Committee have expressed their belief that climate change is real and needs to be addressed, as well as their willingness to work with the majority on addressing climate issues through the promotion of energy innovation, APPA said.

Ditto and Waterhouse said APPA is engaged with House lawmakers from both parties who want to tackle climate change.

The questions of what actions to support are a decision yet to come, they agreed.

“A carbon tax, clean energy standard or cap and trade — that would be the next discussion we would have with our members,” Waterhouse said.