Coal demand is declining in U.S.

Drone bills to be considered by Senate committee 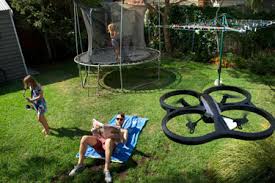 Two drone-related bills will be considered Tuesday during a meeting of the Oklahoma Senate Transportation Committee.

Both SB 1688 and SB 1896 were filed by Sen. Michael Bergstrom, a Republican legislator from Adair.

As part of the measure, two matching $500,000 grant awards  would be selected annually.

“The intent of this act is to ensure that drones are
used in a safe, responsible and lawful manner, and that concerns
over privacy are addressed so that the public can with confidence
embrace this new and incredible technology,” stated the bill.

It also provides for victims of “unwarranted surveillance or whose photograph is taken in violation of the provisions” to collect up to $5,000 for each photograph or video that is published.

The Senator’s act would take effect July 1, 2020 if it becomes law.

The Senate Transportation Committee will meet Tuesday in Room 230 following adjournment of the Senate.