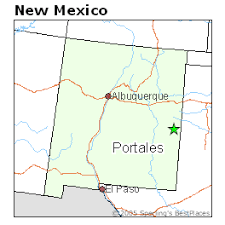 Minneapolis-based Xcel Energy has poured the first 66 foundations for what will be a 240-turbine wind farm southeast of Portales, New Mexico with a capacity of 522 megawatts.

Xcel is the primary electricity provider in six Eastern New Mexico counties that include the cities of Roswell, Clovis, Hobbs and Carlsbad.

The Sagamore wind farm will be on more than 100,000 acres east of Dora in Roosevelt County. The property abuts Xcel’s other wind farm in Hale County, Texas, which opened in 2019.

Sagamore will produce enough electricity to power 194,000 homes annually. Xcel will use the New Mexico and Texas wind power to serve its customers in those two states, Xcel spokesman Wes Reeves said.

Wind power accounted for 26 percent of power provided to Xcel customers in New Mexico and Texas in 2019, Reeves said.

Sagamore is expected to be operational by the end of the year.