Choctaw Nation to be honored for clean community efforts 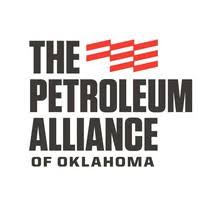 Oklahoma’s oil and natural gas industry called on Rep. Kendra Horn to publicly oppose her party’s radical plan to ban the use of hydraulic fracturing in oil and natural gas development. And she responded by saying she will not support the ban. But her decision was made before the call from the oil and gas group.

Rep. Alexandria Ocasio-Cortez (D-NY) and Sen. Bernie Sanders (I-VT) have introduced legislation that would outlaw use of the technology that is used virtually in every producing basin in the U.S. As the nation’s third largest producer of natural gas and the fourth largest producer of oil, Oklahoma would be disproportionally harmed if this proposed ban were to become reality.

“We hope that Rep. Horn will take this opportunity to carefully consider the negative impacts her party’s proposed policies would have on the environment, our national energy security, and the economy of her district,” said David D. Le Norman, Chairman of the Petroleum Alliance of Oklahoma.

As the largest industry in the state, this proposal would have a devastating impact on hundreds of thousands of Oklahoman families. 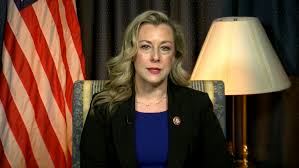 “It’s time for Rep. Horn to decide—is she going to side with the coastal elites set on completely altering our way of life, or will she join other reasonable members of her party like Rep. Conner Lamb (D-PA) and fight for the working families of Oklahoma’s largest industry?,” said Le Norman.

“I do not support this proposed ban on fracking. The oil and gas industry has fueled economic development and new opportunities in Oklahoma since statehood,” said Congresswoman Kendra Horn. “Our energy policies should be based on the facts and take a balanced approach to sustainability, job creation, conservation, and affordable energy for all Americans. Natural gas production is critical to American energy independence and is one of the most significant contributing factors in reducing greenhouse gas emissions in the United States. In Oklahoma, our state implemented new rules over the past four years that have made the industry safer and more sustainable. That is the kind of state-led, intentional approach we should take towards energy policy.”

“We hope that Rep. Horn will find the same courage as Rep. Lamb, stand up to her party, and defend the men and women of her district who are working to ensure that our nation has the energy it needs to fuel our way of life and remain energy independent,” continued Le Norman.

The Petroleum Alliance of Oklahoma has joined the myriad of business organizations and government entities in pointing out some of the unintended consequences of a ban on hydraulic fracturing:

A ban on hydraulic fracturing would harm national security. After decades of dependence on foreign (and often unfriendly) sources of oil and natural gas, our nation is now a net exporter of both energy sources for the first time in over 70 years. This could not have been achieved without the unprecedented advancements in technology, namely horizontal drilling and hydraulic fracturing, that has been pioneered by companies right here in Oklahoma.

A ban on hydraulic fracturing would disproportionately hurt the most vulnerable members of society. The Council of Economic Advisers reports that lower energy prices due to the use of fracking save U.S. consumers $203 billion annually, or $2,500 for a family of four. Low-income households benefit the most from this savings because they spend a bigger portion of their income on electric and heating bills. Currently, there is no energy source that could replace the loss of cheap, abundant oil and natural gas. Therefore, energy prices would skyrocket, hurting our poorest and most vulnerable citizens the most.

A ban on hydraulic fracturing would hurt our environment. Due in large part to the use of natural gas produced by hydraulic fracturing, greenhouse gas emissions have fallen to their lowest levels since 1992. The switch to natural gas in power generation resulted in 60 percent of the U.S. power sector’s CO2 emissions reductions from 2005 to 2015. Any realistic plan to continue towards a cleaner energy future will have natural gas as a foundation.

“While proposing a ban on hydraulic fracturing may play well to a narrow political base, the dire consequences it would have on Oklahoma are hard to overstate. We sincerely hope Rep. Kendra Horn will choose the working families of Oklahoma over the extremists in Congress,” Le Norman concluded.