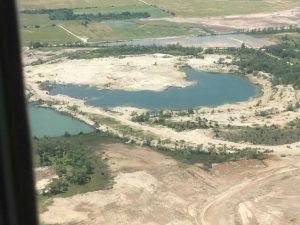 While President Trump’s proposed budget includes cutting $2.4 billion from the EPA, including its Superfund program, Oklahoma Congressman Markwayne Mullin suggests it’s only a proposal and might not become a reality.

It’s what he said in response to the President’s plan to slash funding for the Superfund program that monitors and administers the cleanup of such sites as the massive Tar Creek pollution of northeast Oklahoma.

“The president’s budget is simply a vision of what he would like to see enacted, but it doesn’t mean it will be signed into law,” said the second district U.S. Representative in an emailed response to OK Energy Today. “House Democrats failed to produce a budget last year and so far have failed to do so again this year. It’s up to Congress to actually appropriate funds and it is critical that we ensure taxpayer dollars are spent efficiently.” 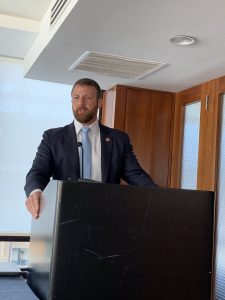 President Donald Trump asked Congress on Monday to slash funding for the Superfund program around the country, despite already building up the biggest backlog in 15 years of hazardous waste clean-ups stalled for lack of money.

Overall, the president proposed cutting $2.4 billion, or 26%, out of the budget for the Environmental Protection Agency. Trump vowed as a candidate to cut all but “little tidbits” of the EPA in a push to eliminate regulations he sees as burdening businesses. As president he has called annually for cuts nearing one-third of the agency’s budget.

Beside Superfund reductions, other major cuts for the EPA in Trump’s latest proposal include eliminating $66 million in funding for the Energy Star program — a popular program that lets consumers compare the energy efficiency of appliances — and for voluntary climate programs.

The president’s budget more broadly calls for cutting assistance to states to help them run their environmental programs and reducing overall funding for clean air and water programs. Trump also seeks to chop the EPA workforce, eliminating 1,562 of the agency’s 14,172 full-time staffers.

Republicans and Democrats in Congress annually have overridden Trump’s proposals to reduce the agency’s environmental and public health oversight, keeping funding roughly even.

Trump and his EPA administrators have stressed Superfund clean-ups as one of their top environmental priorities.

However, as The Associated Press reported in January, the Trump administration has built up the biggest backlog of unfunded toxic Superfund clean-up projects in at least 15 years, nearly triple the number that were stalled for lack of money in the Obama era, agency figures show.

The four-decade-old Superfund program is meant to tackle some of the most heavily contaminated sites in the U.S., which threaten the residents, wildlife and habitat around the sites with dangerous industrial pollutants. Many of the dangerous industrial sites, and other health threats overall, are disproportionately in communities of people of color and low-income residents.

Trump’s proposal says the cut reflects that his administration is running the Superfund program more efficiently, and “challenges the agency to optimize the use of settlement funds for the cleanup actions” at those Superfund sites where a responsible company has been found to pay for the work.

Federal agencies typically hold calls with reporters on the day a presidential budget is released, to go over highlights — as an administration sees them — and answer questions. While several agencies followed that practice Monday, the EPA did not.