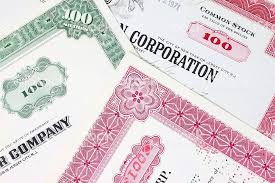 A Securities and Exchange filing by Tulsa-based Alliance Resources Partners, LP, one of the largest coal-mining firms in the U.S. showed acquisition of company shares by an Alliance executive.

Robert G. Sachse, Executive Vice President at Alliance acquired 42,601 shares in direct ownership and now owns a total of 185,710 shares in the company.

He has been Executive Vice President since August 2000. Effective November 1, 2006, Mr. Sachse assumed responsibility for the company’s coal marketing, sales and transportation functions.

Sachse was also Vice Chairman of Alliance’s general partner from August 2000 to January 2007. He previously was Executive Vice President and Chief Operating Officer of MAPCO Inc. from 1996 to 1998 when MAPCO merged with The Williams Companies.

Following the merger, Mr. Sachse had a two year non-compete consulting agreement with The Williams Companies.  Sachse held various positions while with MAPCO Coal Inc. from 1982 to 1991, and was promoted to President of MAPCO Natural Gas Liquids in 1992.