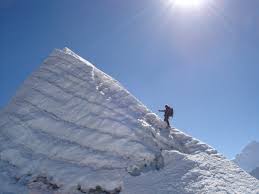 Legislators in North Dakota were told this week the peak of oil and gas drilling in the state’s Bakken play might be only five years off. It’s an important region to oil and gas exploration companies like Oklahoma City’s Continental Resources Inc. whose founder Harold Hamm was one of the early explorers of the play and found huge success.

The Associated Press quoted North Dakota Mineral Resources Director Lynn Helms who testified before a a legislative committee. He said about 20% of drilling activity is now outside the “cofe” areas of the western North Dakota’s oil producing region.

“The end of (core area-drilling) is on the horizon; we can see it from here,” Helms told the Legislature’s interim Government Finance Committee.

Though a typical well can have a lifespan of about three decades, the amount of oil that comes from it decreases by about half in the first two years, officials say. 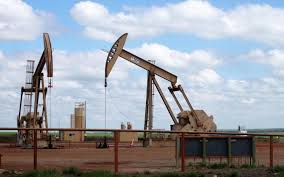 Helms said the outlook now is for oil production to “plateau” for about a dozen years after a peak, then slowly decline by the end of the century to 1980 and 1990 levels of less than 150,000 barrels daily.

The state is producing a near-record average of 1.5 million barrels of oil each day. In interviews, Helms and North Dakota Petroleum Council President Ron Ness estimated production would peak at about 1.8 million barrels daily if prices hold.

Oil is a key contributor to the wealth of North Dakota, the No. 2 producer in the U.S. behind Texas. North Dakota’s oil production has exploded in the past decade with improved horizontal drilling techniques into the Bakken shale and the Three Forks formation below it.

The state’s fortunes from oil have seesawed for almost 70 years. The state’s first boom began in the late 1970s and it went bust a few years later.

Just three years ago, lawmakers raided state savings, and enacted other measures of austerity that were needed to balance the budget due to slumping oil and crop prices.

Lawmakers are now studying potential uses for earnings from North Dakota’s Legacy Fund, the voter-approved oil tax savings account that holds about $6.8 billion. Earnings from the fund increasingly have been targeted for spending, or to balance the state budget.

Ness, whose group represents about 700 companies working in the state’s oil patch, reminded lawmakers that oil production was only about 214,000 barrels a day a decade ago.

North Dakota’s coffers are fatter than projected at present due to near-record drilling. The state’s current two-year budget represents about $4.9 billion in state general fund spending, up about 12.5% from what was approved by lawmakers in the previous cycle. State spending has more than doubled in the past decade.

“We have to start looking beyond now,” Ness said.