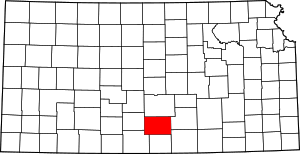 A subsidiary of AEP, the parent company of Public Service Company of Oklahoma has signed a power purchase agreement with Evergy from its new Flat Ridge 3 wind project being built in southern Kansas close to the Oklahoma state line.

AEP Renewables signed the deal to buy power from the 62-wind turbine farm near Kingman, Kansas. The farm is capable of producing 128 megawatts of renewable energy and should be operational by the end of the year.

It is the third Flat Ridge farm to be constructed in the Barber County area just north of the state line with Oklahoma. Flat Ridge 1 initially consisted of 40 wind turbines covering 5,000 acres of farm and ranch land and was built in 2008. 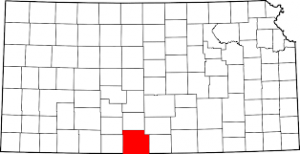 The $800 million Flat Ridge 2, covering 66,000 acres, consists of 294 wind turbines with a capacity of of more than 460 megawatts of electricity. Its electricity was sold to utilities in Missouri, Arkansas and Louisiana.

Flat Ridge 3 will provide more than $20 million in economic development to the region and support approximately 200 jobs during peak construction.