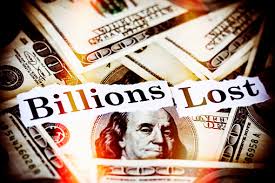 In an earnings report, the firm reported it lost $2.02 billion or $12.49 per share while total revenues were $1.35 billion for all of 2019. Gulfport wrote down its oil and natural gas assets value by $2 billion during the year.

The natural thing to do would be to cut spending, according to most experts and that’s what Gulfport says it will do in 2020, spending nearly 50% less to drill and complete wells in Oklahoma’s SCOOP play and Ohio’s Utica Shale. It expects to spend $310 million at most compared to the more than $602 million it spent in 2018.

When it comes to specifics, the company’s net loss was actually $2,002,400,000 while adjusted net income was $118.6 million or 72-cents per diluted share. Adjusted EBITDA was $814.4 million and cash provided by operating activity was $724 million.

Through all of this, Gulfport managed to reduce debt by nearly $50 million through discounted bond repurchases.

“We successfully completed our 2019 drilling program within budget and on target with production estimates. We have also strengthened our board and management team, adding two additional independent directors in the past two months, and assembled a talented new management team that we believe will serve the organization well in the future.”

He said the company’s plan to reduce total capital expenditures is to “account for the current low gas price environment.”

“The large decline in spending during 2020 also allows us to retain our high value inventory for a better gas price environment in the future. We continue to focus on cost and efficiency improvements in every aspect of our business to ensure we maximize returns during this downturn.”