2019 average temperatures rose in Oklahoma but not everywhere 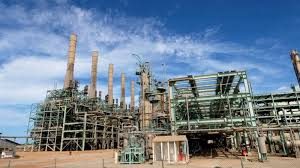 The shutdown of two large crude production bases in Libya, the result of a military blockade caused oil prices to rise Monday to their highest in more than a week. It could mean a huge reduction of crude oil flowing from the OPEC member. 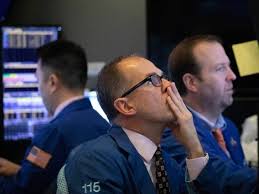 Two major oilfields in southwest Libya began shutting down on Sunday after forces loyal to Khalifa Haftar closed a pipeline, potentially cutting national output to a fraction of its normal level, the National Oil Corporation (NOC) said according to Reuters.

The closure, which follows a blockade of major eastern oil ports, risked taking almost all the country’s oil output offline.

However, the earlier rise in oil prices eased after some analysts and traders said supply disruptions in Libya will be short-lived and could be offset by other producers, limiting the impact on global markets.

“The oil market remains well supplied with ample stocks and a healthy spare capacity cushion. In other words, the bullish price impact may prove to be fleeting,” said Stephen Brennock of oil broker PVM.

“We expect the current scale of outages to be fairly short-lived … as there is limited upside for Haftar to slow the country’s oil revenues to a trickle,” said Amrita Sen, chief oil analyst at Energy Aspects.

“The current closures are clearly a power play aimed at boosting Haftar’s leverage amid international efforts to broker peace in the country.”

Foreign powers agreed at a summit in Berlin on Sunday to shore up a shaky truce in Libya which has been in turmoil since the fall of Muammar Gaddafi in 2011.

If Libyan exports are halted for any sustained period, storage tanks will fill within days and production will slow to 72,000 barrels per day (bpd), an NOC spokesman said. Libya has been producing around 1.2 million bpd recently.