Fewest oil and gas drilling permits in Colorado in a decade

Democrats continue to lose voters in Oklahoma in 2020 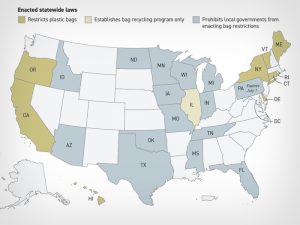 Despite efforts by state and local policymakers across the U.S., only eight states have successfully restricted or instituted fees on single-use plastic bags. And it won’t happen in Oklahoma.

Some analysts credit the chemical industry for opposing such plastic bag bans. 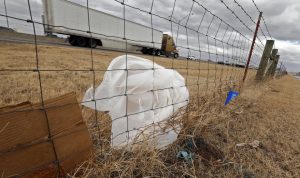 Oklahoma is one of those states that bans municipalities from creating fees on single-use plastic and paper bags. Gov. Kevin Stitt signed it into law last April even though Norman Mayor Breea Clark urged him not to do so as a show of respect for local government control.

Norman city leaders had considered a 5-cent tax on such bags. They and other opponents of the bill called it state government overreach.

The bill was introduced by Rep. James Leewright, a Republican from Bristow. The law took effect last summer.