Western Nebraska to be site of two major wind farms 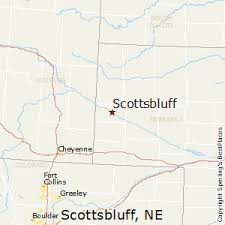 Far western Nebraska is expected to be the site of two major wind farms in the next few years.

Orion Energy and Invenergy LLC are working to obtain leases, carrying out environmental assessments and conduct public surveys according to a report in the Scottsbluff Star-Herald.

Ben Turner, manager of renewable development for Invenergy LLC, said they are looking at a project of up to or over 500 megawatts, likely utilizing between 150 and 200 turbines. The company has just over 100,000 acres leased.

Michael Kurnik, project development manager for Banner County wind farm for Orion Energy, said his company has approximately 50,000 acres leased and is looking at a project of either 115 or 250 megawatts, likely in the neighborhood of 35-40 turbines.

“We’re looking to do a significant amount of wind in the area,” Turner said. “It is an area that has a great wind resource, and there are multiple opportunities to go into Nebraska, into Colorado, into Wyoming from that location. Identifying transmission infrastructure where it’s best to connect is certainly a big component of this project, but it is a great resource, and it is certainly a supportive community out there.”

Both companies identified Banner County as one of the top locations in the nation for wind, making it ideal for wind energy projects.

“It’s an exceptionally windy area,” Kurnik said, “one of the best places in the country, so we were definitely drawn purely on the wind speed. Access to transmission — there’s a number of transmission lines and utilities in the area that we’d be looking to interconnect with. Also, the Banner County Wind Energy Association. There was a landholder group, which had come together and were very interested in a wind energy development in the county, and that definitely makes the outreach much easier when you’ve got a group of core landholders who are very willing for a project to go ahead.” 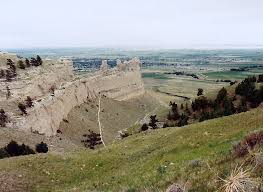 Banner County Commission Chairman Bob Post said the overall impact from the wind farms will be a boost for the county’s tax base, and he believes the majority of residents support the project. Turner said support is critical for Invenergy moving forward.

“In an area like this where you’ve got great wind resource and you’ve got different opportunities for transmission going in different directions,” Turner said, “when you’re trying to acquire 100,000 acres or a significant amount of land, you can’t do that without the support of the local community. If people aren’t willing to sign up and don’t want wind in that area, it becomes infeasible very quickly. Having landowners and a community that really wants to see something, local government that’s been supportive in that area, is really important to getting a project developed and working through the pipeline.”

Post said the progress won’t come without it’s issues, and said he has seen other areas struggle with road maintenance where wind farms have been built, but he said the benefits are significant.

“It will pump some money into the county, not without challenges,” Post said. “There’s going to be road issues. I’ve been to other counties where they are — they’ve been there and built them and they’re gone — and they still struggle with the roads a little bit.”

Distribution issues that have slowed progress on the development in the past appear to have been addressed, at least in part with Western Area Power Administration.

The projected wind farms would be located primarily in southwest Banner County with some land leased in Kimball County and eastern Wyoming as well.

Feedback from residents is being solicited and issues are still to be addressed.

“With our project and going through the environmental assessment,” Kurnk said, “we have had some public notice letters which have been sent out, and encouraged landowners to submit their comments. We will need to be going through the comments plus doing environmental studies coming up, so we’ll be active on the ground with performing these surveys to satisfy WAPA’s requirements.”