Tri-State Generation and Transmission Association, a major power provider in Colorado and New Mexico announced it will close all of its coal-fired power plants and mines in New Mexico and Colorado by 2030.

The power provider that serves nearly 20 rural electric cooperatives in Colorado announced it will close its Escalante Power Plant in Prewitt, New Mexico by the end of this year. The Craig Station and the ColoWyo Mine in northwest Colorado will be shut down by 2030.

The Colorado Sun reported Tri-State has been pressured by its rural electric co-op members — including Brighton-based United Power and Durango-based La Plata Electric Association — to make a faster transition to renewable energy in recent years. The pair have sought to break up with Tri-State as a result of the power wholesaler’s reluctance to use more renewables and in seeking more say over their power sources. 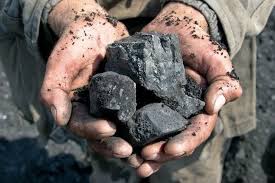 Two co-ops have already negotiated exits from Tri-State. They are the Delta-Montrose Electric Association and the Kit Carson Electric Cooperative in Taos, N.M.

“Serving our members’ clean energy and affordability needs, supporting state requirements and goals, and leading the fundamental changes in our industry require the retirement of our coal facilities in Colorado and New Mexico,” Rick Gordon, chairman of the board of Tri-State and a director of Mountain View Electric Association in eastern Colorado, said in a written statement. “As we make this difficult decision, we do so with a deep appreciation for the contributions of our employees who have dedicated their talents and energy to help us deliver on our mission to our members.”

U.S. Rep. Scott Tipton, a Cortez Republican whose district include Craig Station and the ColoWyo Mine, lamented the loss of jobs and blamed Democrats. About 600 positions will be impacted.

“Tri-State should provide training and placement services for those employees who will be impacted by this announcement and the state of Colorado must do the same — and it needs to be comparable skills, opportunities and pay,” Tipton said.

U.S. Sen. Cory Gardner, a Colorado Republican, echoed that sentiment. “This is terrible news for Craig and northwestern Colorado. These are well-paying jobs that for years have allowed surrounding rural communities to thrive,” he said in a written statement.

Tri-State says it will work with state and local officials to support affected employees and their communities during the transition.

“With 10 years until the closure of Craig Station and Colowyo Mine, we have additional time to work with the legislature, our employees and the communities in Moffat and Rio Blanco counties to plan for and support the transition,” Tri-State CEO CEO Duane Highley said in a written statement. “Our work starts now to ensure we can continue to safely produce power while working with stakeholders to thoughtfully plan for the future.”