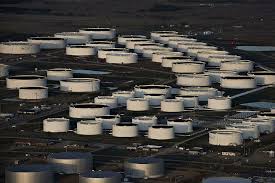 “We constructed the first seven tanks in 2014. The next three came in 2017,” wrote Robynn Tysver, a Senior Communications Specialist with TC Energy.

The company awaits permit approval from the Oklahoma Department of Environmental Quality for emission modifications to its storage tanks. TC Energy has at least eight of the 350,000 bbl tanks and two others with the capacity of 250,000 barrels of crude oil. 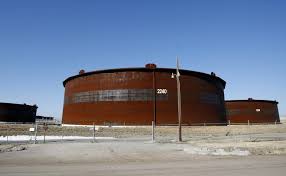 The latest permit request will be subject to public and EPA review. The storage tanks are considered to be only a minor source of what the DEQ and EPA consider to be HAP or Hazardous Air Pollutants. The DEQ anticipates that emissions of hazardous air pollutants will remain below the major source levels for HAPs.