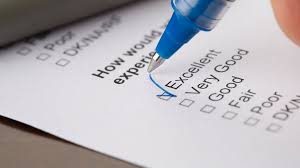 A survey by the Federal Reserve Bank of Kansas City shows manufacturing activity in the region for January in Oklahoma and other states was nearly flat.

But Chad Wilkerson, vice president and economist at the bank said the survey also revealed that Tenth District expectations for the future activity had expanded.

“Regional factory activity was down only slightly in January, and firms reported a modest increase in employment,” said Wilkerson. “Contacts reported slightly less difficulty finding workers than six months ago, but still over 60 percent of firms were experiencing labor shortages.”

The Federal Reserve Bank of Kansas City serves the Tenth Federal Reserve District, encompassing the western third of Missouri; all of Kansas, Colorado, Nebraska, Oklahoma and Wyoming; and the northern half of New Mexico.

The survey also found that month-over-month prices for raw materials increased while prices for finished products were down from a month ago. District firms continued to expect higher prices in the next 6 months.

The survey found that inventories continued to drop in January but the district’s month-over-month employment index rose back into positive territory for the first time in more than six months.

What are some of the manufacturers saying?

“We are seeing our normal slowdown for the beginning of the year…we are expecting sales to increase as we move through the 1st quarter. We are feeling good about the future.”

“Our business is not doing poorly, it is just not as robust as it has been.”

“Generally speaking, we are anticipating our business to be flat to down 10% this year compared to last.”

“The trade deals will help our business.”