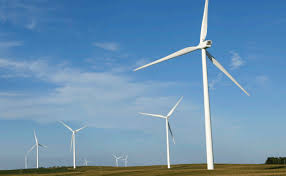 Construction is underway on two wind farms in southwest Missouri.

Some of the turbines are going up at a site about 20 miles north of Joplin, Missouri. They are part of a 600-megawatt wind project in Southwest Missouri and Southeast Kansas for Liberty Utilities-Empire District. Some of the customers of the District are in northeast Oklahoma.

They will make up the North Fork Ridge Wind Farm that will consist of 69 wind turbines. 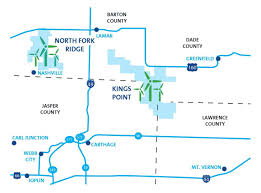 The North Fork Ridge Wind Farm, which will consist of 69 wind turbines near the Nashville community in Southwest Barton County. Approval for the wind farm was made last summer by the Missouri Public Service Commission.

Shaen Rooney, senior strategic projects manager at Liberty Utilities, said construction will begin in the next month on the King’s Point Wind Farm, which will include another 69 wind turbines in Jasper, Dade and Lawrence counties, around Golden City.