Earnings report to be released by WPX Energy

Legislator wants email snooping by servers to be banned 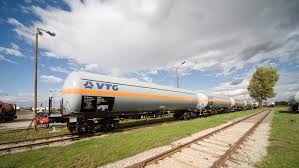 Sixteen states are fighting the Trump administration’s plan to allow liquefied natural gas to be shipped by rail, arguing it lacks essential safeguards and exposes communities to the risk of lethal fires and explosions.

The highly flammable substance known as LNG is now transported mainly by truck. Urged by railroads and gas producers to increase the volume of lucrative shipments for both domestic and foreign consumption, President Trump issued an executive order in April to allow transportation by rail. The Department of Transportation, in regulations posted in October, found little risk of a serious accident and no significant danger to the environment, according to the San Francisco Chronicle.

In a letter to the federal government, the attorneys general wrote that they “submit these comments to voice their strong objection to the Pipeline and Hazardous Materials Safety Administration’s
notice of proposed rulemaking that would allow for the bulk transport of refrigerated liquid methane, more commonly known as liquefied natural gas (LNG) nationwide by rail in
DOT-113C120W tank cars.”

They contend the proposal lacks basic safety requirements such as limits on train speeds and routes, braking specifications, safety training for crews and would put their populations “at greater risk of catastrophic accidents.”