Financial report to be released by Oklahoma wind operator 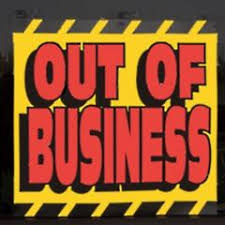 Horizontal Well Drillers had reportedly won $1.29 billion in contracts with Venezuela’s national oil company, PDVSA to drill horizontal wells in the country’s Orinoco Belt region. But now the company has shut down operatoins have reportedly defaulting on a loan from Callidus Capital, a Canadian financial firm specializing in making loans to firms that could get the financing from traditional sources.

At the time it had won the contract, Horizontal Well Drillers maintained silence about its stunning deal with the South American country. Company executives declined numerous requests for interviews and comments about the deal.

Bloomberg News first broke the story as OK Energy Today reported at the time.  The company’s chief executive officer Todd Swanson was on hand when Venezuela’s President Nicolas Maduro made the announcement.

Horizontal Well Drillers was one of three winning bids. The others were Schlumberger Ltd. and Caracas-based Y and V Group.

The Oklahoman reported this week that the Oklahoma Office of Workforce Development made the announcement this month that the company had closed its doors. Bill Hancock, the business services and rapid response coordinator for the Office issued another announcement on Jan. 8 that the company “had officially closed……all employees are already gone”