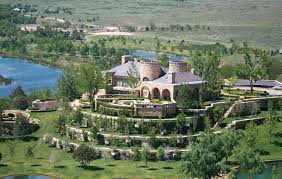 Instead of $250 million, the Texas panhandle ranch owned by the late oil magnate T. Boone Pickens, the Oklahoman who became a billionaire in the energy industry now is for sale for $220 million.

A new listing by  Chas. S. Middleton and Son with Hall and Hall shows the new price for the 65,809-acre Mesa Vista Ranch. Pickens attempted to sell the sprawling ranch before his death in 2019.

The ranch is located along the Canadian River and north of Pampa, Texas.

The ranch includes the main 25,000-square-foot lodge which has a library with a spiral staircase, a wine cellar, a 30-seat theater and multiple fireplaces. There is also a 6,000-square-foot house with five bedrooms and five bathrooms situated next to the main home. 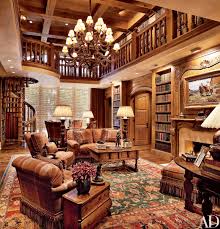 The ranch even includes a stone chapel with a wood-framed roof near a memory garden and stair-cased waterfall.

Farther out, an 11,500-square-foot lake house includes three bedrooms, four bathrooms and a front door that once belonged to Bing Crosby. 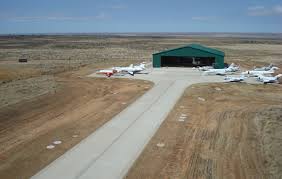 The ranch includes its own airport with a 6,000-foot runway and a hangar sized to fit multiple private aircraft plus living quarters for pilots.

The wide-open property includes a 12-mile manmade network of waterways. The Canadian River flows along the property’s north boundary. There are also quail and deer feeders spread around, attracting a variety of wildlife to the property and making it great for hunters, according to the listing.

The property isn’t just for luxury living. Pickens kept a herd of between 400 and 500 cows — available for purchase separately — and there are many areas that haven’t been grazed in decades. It also comes with all the trucks, farming equipment and other equipment to run the property. Furnishings are also included.

Water rights for most of the acreage are also included, as are royalties for mineral interests.