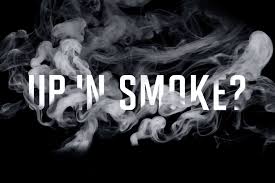 Plans by two power companies to build a $2.2 billion coal-fired power plant in southwest Kansas have gone up in smoke. No plant will be built.

Sunflower Electric Power Corp. based in Hays announced it will allow its air permit for a proposed plant in Holcomb to expire in March. The project was first blocked by Gov. Kathleen Sebelius in 2007  and then cleared for construction by the Kansas Supreme Court in 2017, according to the Wichita Eagle. The plant would have been first to be brought online in the U.S. since 2015.

Along with its largest development partner, Tri-State Generation and Transmission Association, more than $100 million was invested in the development plans for the plant. Sunflower Electric already operates one plant near Holcomb, and the expansion would have added another 895-megawatts of capacity.

As recently as November, Sunflower Electric told state regulators that it had “significant interest” in building a plant near Holcomb, a western Kansas town best known as the setting of Truman Capote’s “In Cold Blood.”

Sunflower Electric filed for an 18-month extension with the state on its air permit, which is set to expire on March 27, and at the time the Kansas Department of Health and Environment told the company that the permit would lapse at that time if construction had not started.

After 15 years and $100 million invested in the coal plant expansion, the company changed its mind this past week.

“Fifteen years ago, the price of natural gas was high, and wind generation was in its infancy,” Sunflower president and CEO Stuart Lowry said in a news release. “At that time, the expansion of Holcomb Station emerged as the best way to meet our members’ long-term needs for generating reliable, affordable energy.”

Proponents of the plant said it would prove a boon to an area of the state with a dwindling population and economic activity.

In requesting a permit extension, Sunflower Electric acknowledged it and Tri-State no longer need the electricity that would be produced by a new coal plant. The company wrote that since the 2017 Supreme Court decision it has been looking for others to purchase power from the plant.

In a written statement Wednesday, Sunflower Electric said it “supported Tri-State’s efforts to market the permit to other utilities.”