Forecast calls for Marathon to see a decline in revenues

Oil and gas bankruptcies are on the increase 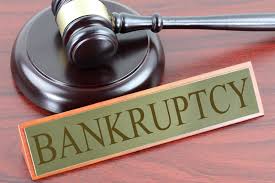 A Dallas law firm that specializes in tracking oil and gas industry bankruptcies reported this week the number of bankruptcies rose 50% in 2019 over 2018 filings. And forecasts indicate we’ll only see more in the coming months.

The law firm Haynes and Boone stated that U.S. and Canadian oil and natural gas exploration as well as production company bankruptcies totaled 42 last year while the number in 2018 was only 28. Buddy Clark, a partner at the law firm said we can only expect to see more financial failings.

“I think the trend line should be moving up in the first half of 2020,” Clark said.

A total of 208 oil and gas production companies have filed for bankruptcy between 2015 and 2019, according to the report, including at least six in Oklahoma courts.

“This increase in year-over-year filings indicates that the reverberations of the 2015 oil price crash will continue to be felt in the industry through at least the first half of 2020,” Haynes and Boone said in the report.

The impact of new U.S. oil and natural gas production is being felt globally, Clark said.

“That’s why you can bomb a major oil facility in Saudi Arabia or kill an Iranian general or shut in all Libyan oil production and prices don’t move,” he said.

Oilfield service companies were again hit hard with the number of bankruptcies nearly doubling from 12 in 2018 to 21 in 2019, the largest being the $7.4-billion filing by Weatherford International  in July.

Midstream companies that provide storage and pipelines to producers fared better with only two bankruptcies in 2019 out of a total of 28 since the beginning of 2015.

During the 2015-2019 time period, Oklahoma’s filings totaled 6. The most recent were in 2019 and four companies went to bankruptcy court.

They included Longhorn Service Company which listed $17,128,600 in debt. The case, 19-14276 was filed in the Western District of Oklahoma City federal court.