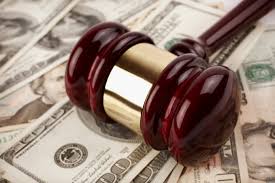 New enforcement rules targeting the oil and gas industry in New Mexico have been adopted by the state’s Oil Conservation Commission. The move, pushed by Democratic Gov. Michelle Lujan Grisham, restored the power of the Oil Conservation Division to levy administrative fines for violations by oil and gas operators.

The division lost its administrative enforcement authority following a 2009 ruling by the New Mexico Supreme Court. But a 2019 report found that oil-and-gas spills and violations grew by nearly 100% in the past 10 years while fines dropped to zero in 2018.

In 2019, the New Mexico legislature passed House Bill 546 which was described as the first major legislative reform of the oil and gas industry in more than a decade.

Without the ability to issue administrative penalties for rule violations, the agency has issued only 3 penalties in the past 11 years. Penalties begin at $2,500 per day with a cap of $10,000
per day. Fines in excess of $200,000 must be issued by a court, as required in HB 546.
“Reinstating the Division’s authority to assess civil penalties gives us another tool in our toolbox to ensure that the oil and gas industry is acting responsibly in New Mexico,” said Oil
Conservation Division Director Adrienne Sandoval.

““New Mexico is a great example of how industry can thrive while also being responsible, and this new rule is another step in the right direction to improving regulatory compliance and ensuring a level playing field for diligent operators,” he added.