A New Mexico coal-fired power plant is being closed a decade earlier than planned because of a lack of water.

The decision was made by Xcel Energy to close the 1,067 MW Tolk plant by the end of 2032. The plant provides power to New Mexico and Texas. and company officials explained it was necessary because of a rapidly declining source of ground water.

Xcel Energy’s subsidiary, Southwestern Power Service told New Mexico power regulators it will recruit an independent evaluator to investigate ways to replace the coal plant. The company hopes to have a report to the New Mexico Public Regulation Commission by June of 2021 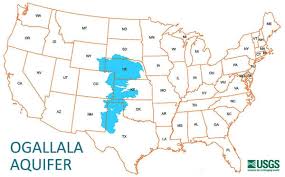 Both units of the Tolk coal-powered plant began commercial operation in the 1980s. But the facility requires water to cool its boilers and relies on only one source —​ the Ogallala aquifer, in the Texas Panhandle, which is drying out due to excess agricultural, industrial and urban usage. The utility reduced operations at the plant to minimum load during off-peak months in 2019, and intends to keep the plant idle during off-peak months starting in 2021, if regulators in Texas and New Mexico allow it.

Even with new well infrastructure, the aquifer will not be able to support the Tolk facility until 2042, when the first of its units is currently scheduled to retire, according to SPS. The utility requested commission permission to abandon Tolk’s Units 1 and 2 in 2032 as part of its July 2019 general rate case application, which also sought a $50.8 million —​ or 18.7% —​ increase to its case rate revenue.