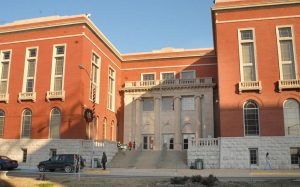 It took only a day to pick a jury in the negligence lawsuit filed against a Texas company over the January 2018 gas rig explosion that killed 5 men near Quinton in southeast Oklahoma.

A jury of nine women and five men was chosen in the trial against National Oilwell Varco, a firm accused of negligence and faulty designed of its ‘doghouse’ that was supposed to have protected the  five workers. Pittsburg County District Judge Mike Hogan is presiding over the trial in McAlester.

Hogan ordered Jan. 10 that files in the case were restricted from public viewing until the completion of the jury trial, as reported this week by OK Energy Today.

Documents state NOV designed and manufactured the doghouse where the five men took shelter during the incident.

Despite marketing the doghouse as protection from fire and as an escape from hazardous conditions, documents in the lawsuits state the company admitted the doghouse had no fire protectant properties.

An investigation by the United States Chemical Safety and Hazard Investigation Board found that two escape routes in the doghouse were blocked by flames and the emergency exit was hinged in a way that “impeded quick evacuation.” A medical examiner’s report states the men died of thermal burn injuries and smoke inhalation. 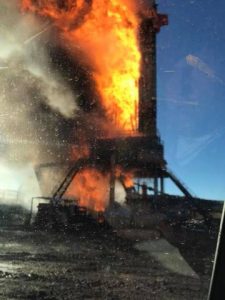 Attorneys allege in the lawsuits that the well fire and explosion was the result of a mud program engineered by NOV “with unproven and inadequate mud weights” to control the well during drilling operations and that NOV’s on-site “mud-engineer” responsible for 24-hour monitoring was not an engineer and was not present during critical points of the drilling process because he was allegedly sick.

Red Mountain Operating contracted NOV to provide the well with an engineered mud program, according to documents in the case.

“In fact, according to a recently discovered investigation conducted by NOV, the root cause of the blowout was a result of tripping out of the hole with mud that was not properly weighted to keep a blowout from happening, which was NOV’s responsibility,” the complaint alleges.

The CSB reported unexpected flaring occurred during the drilling process and “RMO and its contracted representatives chose to continue on with the operation with the current (underbalanced) mud weight, continuing to drill for the next 8 hours” and “deliberately performed an underbalanced drilling operation.”

Documents show the families are asking NOV be held responsible for the deaths of the five men and “plaintiffs seeks exemplary damages against NOV in an amount equal to 25% of National Oilwell Varco’s net worth.”