A New York hedge fund is urging a leadership change at Kansas City-based Evergy Inc. and if it doesnt, then consider being sold or merging with another company.

The recommendation is from activist investor Elliott Management Corp. which has a $760 million stake in the Midwest utility. Run by billionaire Paul Singer who has 11.3 million shares in the company the hedge fund, in a letter to Evergy’s board of directors said the company is undervalued. Singer’s fund said it could unlock as much as $5 billion in value for shareholders through its plan according to Bloomberg News. 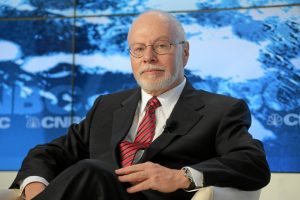 Elliott has a history of pushing for changes at some of the world’s largest and most recognizable companies, including AT&T Inc., eBay Inc. and Pernod Ricard. It is targeting Evergy less than two years after the utility was created out of a merger of Westar Energy Inc. and Great Plains Energy Inc.

“We have made such a large investment in Evergy because we believe a clear opportunity exists,” Jeff Rosenbaum, senior portfolio manager at Elliott, said in the letter to the board. 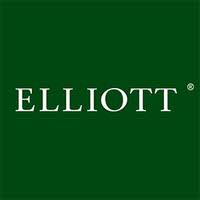 Evergy said in a statement that it has hired advisers including Morgan Stanley to assist management and the board in evaluating Elliott’s proposals. The company said it remains focused on delivering value through its own strategy, which includes share buybacks and paying a competitive dividend. The utility is on track to exceed its $550 million net-cost savings target through 2023 and is projecting that it’ll deliver compounded annual earnings growth of between 5% and 7% in the same period.

“We are open to evaluating opportunities that may create greater value and recognize that Elliott has different views regarding our strategic plan,” Evergy said. “As we consider any opportunity, we are resolute in our commitment to serving the best interests of all Evergy stakeholders, including our shareholders, employees, customers and the communities we serve.”

Evergy supplies energy to about 1.6 million customers in Kansas and Missouri, according to its website. Since the Westar-Great Plains merger, Elliott said the company has been overly focused on share buybacks instead of growing its customer base. As a result, its stock price has suffered, according to the fund.

Elliott’s proposal includes calling on Evergy to invest more in critical infrastructure and to optimize its operating costs. Over the past year, the company’s capital spending was equal to about 25% of its sales, below the 34% average for utility companies in the S&P 500, according to data compiled by Bloomberg.

Elliott said its plan would grow Evergy’s annual rate base by 10% without affecting customer rates. It noted that Evergy’s rate base has been expanding by about 2.5%, trailing the 7.5% industry average.

Elliott didn’t press Evergy to replace any specific executives but said it wants “certain new highly-credentialed board- and management-level leadership.” If the utility doesn’t overhaul leadership, Elliott said, it should explore an all-stock merger with another company, after which the new partner’s leadership would oversee the implementation of a similar plan.

In its letter to the board, Elliott pointed to several other utilities that have carried out similar plans with success, including NextEra Energy Inc., WEC Energy Group Inc., Xcel Energy Inc. and CMS Energy Corp.

Elliott approached Evergy’s board privately in October 2019, but the two sides couldn’t come to an agreement.

The hedge fund has a history agitating in the utility space. It had taken stakes in both Sempra Energy and NRG Energy Inc. to push for overhauls.

Most recently, the fund was locked in a battle for control of bankrupt utility PG&E Corp. as part of a group of creditors pushing their own reorganization plan. The creditor group is nearing a deal with the California power giant that would put an end to that battle by granting the group new debt and a chance at owning some of the equity in the reorganized company.