USMC agreement to go before Sen. Inhofe and others 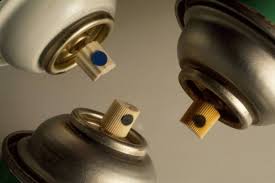 A U.S. House Energy and Commerce subcommittee hearing on Tuesday will focus on a bipartisan bill to phase down the use of hydrofluorocarbons.

Oklahoma Republican Rep. Markwayne Mullin is a member of the Environment and Climate Change subcommittee and will consider H.R. 5544.

The measure tackling the coolant that is a powerful contributor to climate change has the support of industry groups like the U.S. Chamber of Commerce, as well as greens like the Natural Resources Defense Council.

Still, GOP Rep. John Shimkus, a member of the E&C Committee, has said he won’t support the bill, and Senate EPW Chairman John Barrasso hasn’t committed to a hearing on companion legislation, S. 2754 (116), in the chamber.

Rep. Mullin previously was against the House approved bill that focused on PFAS chemicals. In an update to his supporters, he referred to it as a “hyper-partisan bill.”

” Instead of working with Republicans to pass bipartisan solutions to protect our drinking water, they rammed through a bill that ignores science and has no chance at becoming law. The Democratic majority has chosen messaging pieces over solutions time and time again. Everyone wants clean water and to protect our environment, but this was not the way to go about it,” wrote the congressman.