Legislator wants email snooping by servers to be banned 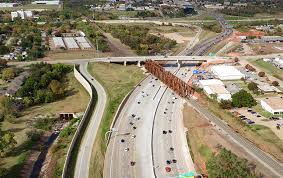 Motorists in Oklahoma City are being warned that part of I-235 will be closed later this month to allow construction of a new bridge over the interstate.

The Oklahoma Department of Transportation plans to close a stretch of the interstate between N 50 Street and N 63 Street beginning the weekend of Jan. 24. North and southbound lanes will be closed to any traffic beginning at 7 p.m. The interstate is expected to be reopened on Monday, Jan. 27.

The stretch of the interstate is considered to be an extension of the Broadway Extension that carries traffic from north Oklahoma City and Edmond into downtown Oklahoma City as well as to the State Capitol buildings.

The temporary closure is expected to be among the first of several others expected this year as work progresses on the $105 million interchange project.