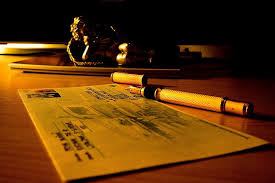 Democrats on the House Committee on Oversight and Reform maintained in a letter to the EPA that newly released documents show the EPA allowed senior officials to avoid or delay completing required ethics forms.

“In the absence of a functioning ethics program, EPA cannot reasonably assure that political appointees are making unbiased decisions when carrying out the governmental responsibilities entrusted to them by the American people,” said Representatives Carolyn Maloney and Harley Rouda. Maloney, a Democrat from New York, is the head of the panel, while California’s Rouda leads one of its subcommittees.

At issue are ethics and recusal requirements meant to ensure political appointees steer clear of conflicts of interest and don’t get deeply involved in issues they handled recently in private practice. Under a 2017 Trump administration ethics policy, appointees must recuse themselves from matters involving former employers and clients for two years. However, that requirement can be waived where the need for an appointee’s expertise is deemed to outweigh conflict-of-interest concerns.

The ethics pledges matter, the Democrats say, because they are designed “to build and sustain an ethical culture in the executive branch, including among political appointees who constitute top agency management.”

But the EPA moved slowly to finalize recusal and ethics commitments, according to the Democrats’ analysis. They found that it took 49 days on average for EPA political appointees to sign ethics pledges after they took office and an average of 151 days to finalize required recusal statements specifying how they would avoid previous issues, clients and employers.

The EPA’s former top air pollution regulator, Bill Wehrum, took more than 300 days to finalize his recusal statement, despite previous work on behalf of power utilities and energy companies, they found. In the meantime, Wehrum, the former assistant administrator for the Office of Air and Radiation, was able to work on topics such as auto emissions requirements that directly impacted the oil industry he once represented, the Democrats said.

“All EPA appointees and advisory board members take their ethics obligations seriously and endeavor to comply with ethics laws and guidelines, and the requirements under the Trump ethics pledge; to say otherwise is just flat out false,” the agency said in an emailed statement.

The oversight committee did not raise concerns with the matter while the EPA was providing information it requested, the agency said. “It is strange that the committee would wait months to raise this issue in the press and not during those discussions.”