Where they’re drilling in Oklahoma 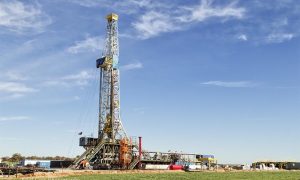 The latest filings with the Oklahoma Corporation Commission show where energy companies intend to drill for new oil and gas sources.

BCE-Mach LLC based in Oklahoma City received a permit to drill in Alfalfa County where the company has been exploring with other wells. The permit is for Means 13-25-11 #3H to be drilled at  12 25N 11W which is a site several miles west of the town of Jet.

Oklahoma City-based GLB Exploration Inc. received a permit to drill in Carter County at 04 5S 1E which is a site about 2 miles southwest of the city of Ardmore.

A permit for a well to be drilled in Kay County was issued to SNR Northern Oklahoma Operating LLC of Oklahoma City. The ETU #15-5 is to be drilled at  29 25N 1E or about 5 miles northeast of the city of Marland.

Filings of completion reports showed Continental Resources Inc. hit a large gas-producing well in the STACK. The Edgemere Farms 2-25-36 xhm well is located at 25 15N 13W or about 7 miles southwest of Watonga in Blaine County.

The well had production of 17,933 Mcf of natural gas along with 636 barrels of oil a day as of its completion made in October 2019. Its spud date was in July 2019 and drilling finished in August.

The well was drilled at a depth of 22,225 and production came out of the Mississippi formation. Reports show perforation ranged from 12,285 feet down to 22,034 feet.