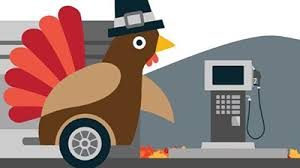 True to form as predicted by AAA Thanksgiving holiday gasoline prices were lower than last year’s holiday prices. But not in Oklahoma.

Oklahoma’s average of $2.27 a gallon  on December 1 was two cents cheaper than a week ago but still 12 cents more than what drivers paid at the Thanksgiving Holiday of 2018.

The nationwide average was $2.59, same as a week ago and 11 cents more than a year ago.

The highest average in Oklahoma was in Harmon County in the southwest where Hollis is the county seat. Gasoline prices average $2.60 a gallon. Drivers in northwest Oklahoma can expect to pay only slightly less or about $2.50 per gallon and above. One lone exception is Major County where Fairview is the county seat and the average gasoline price is $2.25 a gallon.

The cheapest gasoline prices are in the northeast. Tulsa and Okmulgee counties have identical averages of $2.16 a gallon.