AEP to pull out of Clean Coal Coalition

Solar panel junk to become a problem according to new study 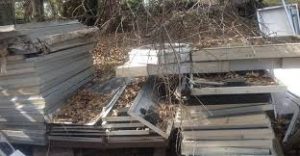 A new study issues a warning about the growth of the solar industry and what to do with the growing waste from solar panels in the U.S.

A study published in Scientific American and entitled “The Downside of Solar Energy” expressed concern over the photovoltaic modules and what happens to them at the end of their useful life. The study pointed out that millions of tons of the wasted modules are shipped every year and the number will continue to rise every year.

The PV modules have lifespans measured in decades but the total e-waste from the modules along with computers, televisions and mobile phones is nearly 45 million tons a year according to the study.

The study estimates PV-waste by 2050 will be twice that figure.

Click here to read the study in Scientific American.