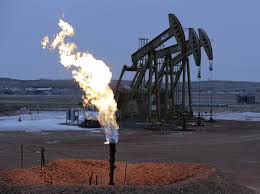 He and Senators Dianne Feinstein of California, Jeff Merkley of Oregon, Martin Heinrich also of New Mexico, Kirsten Gillibrand of New York and Cory Booker of New Jersey announced their support to amend the legislation so it would do more to prevent dangerous methane leaks.

The PIPES Act, which was reported out of the Senate Commerce Committee in July, would reauthorize pipeline safety programs at the Department of Transportation’s Pipeline and Hazardous Materials Safety Administration (PHMSA), the agency charged with regulating pipelines for safety and environmental purposes. The legislation pending before the Senate currently does not include provisions that would require natural gas facility operators to monitor and fix methane leaks.

“We write to express our concern about moving forward with S.2299, the PIPES ACT, without including stronger safeguards to ensure that methane leaks from natural gas pipelines are adequately addressed,” the senators wrote. “Leaking pipeline are a serious safety hazard that can lead to catastrophic consequences, including explosions, fire, evacuations, and death. Additionally, leaking pipelines contribute significantly to emissions of methane, a powerful greenhouse gas that is especially harmful for near-term climate change.”

The senators continued, “According to the Environmental Protection Agency’s latest greenhouse gas inventory, leaks and routine operations in the transmission and storage component of the gas supply chain lead to 1.3 million metric tons of methane released per year. A recent study by the Environmental Defense Fund found that fifty to ninety percent of the methane releases attributable to maintenance activity to address leaking pipelines could be cost-effectively mitigated using currently available methods and technology.”

The senators concluded their letter, noting, “By including our amendment, we believe the PIPES Act would be reasonably strengthened to address this major safety and climate concern and be on a path to quick bicameral passage and becoming law in the 116th Congress.”

New Mexico Sens. Udall and Heinrich and the others charged the failure to require methane leak detection and mitigation “continues the Trump administration’s pattern of failing to act on public safety and climate change.”

Click here to read a letter sent by the Senators to the U.S. Senate Committee on Commerce, Science and Transportation.