Gasoline prices hold steady in Oklahoma for the holidays

Rig count drops again in US but rebounds in Oklahoma 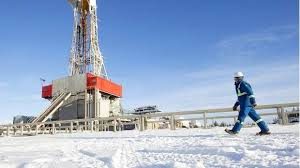 The number of oil and gas rigs active in the U.S. dropped by 8 in the past week, reaching a new level of 805 while in Oklahoma, the count grew by one to hit 52 rigs.

The Baker Hughes rig count showed the national count included a loss of 8 oil rigs to a total of 677 while the number of gas rigs remained at 125. The past week’s active rig count is still 278 fewer than the 1,083 rigs reported one year ago. The drop includes 208 oil rigs and 73 gas rigs.

Oklahoma’s count of 52 compares to 404 in Texas where the number dropped by 14 over the past week. New Mexico added two to reach 105 rigs. Colorado remained at 22.

Kansas saw a decline of 8 to 20 active rigs according to the Red Top Rig Report published by the Independent Oil and Gas Service in Wichita, Kansas.

Louisiana’s count remained at 58 while North Dakota added one to hit 50 working rigs. Wyoming’s count grew by one to 26.

Oil and gas play rig activity also varied. The Ardmore Woodford in Oklahoma still has no new rig activity while the Arkoma Woodford remained at three rigs. The Granite Wash in western Oklahoma and the Texas Panhandle still has only one active rig compared to the eleven reported one year ago.

The Mississippian has two rigs compared to 8 reported last year at this time. The Permian’s count dropped by 9 to reach 405. The Williston in North Dakota saw the addition of one rig to 52. The D-J- Basin in Colorado remained at 20 while the Eagle Ford in South Texas stayed at 67.