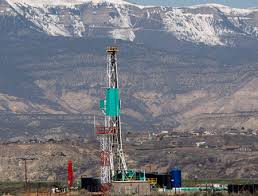 The gross production tax on oil and gas in Oklahoma stumbled slightly in 2019 but in Wyoming, it remained strong as the state amassed more than $1 billion which was a 12 percent increase from 2018.

Oil exploration and an uptick in active drilling rigs in eastern Wyoming catalyzed some of the growth, according to the report. Production shot up 18 percent this year. The mining industry writ-large grew by nearly 20 percent in fiscal year 2019.

But the 2019 fiscal year didn’t set any tax records.

“Even with the two consecutive fiscal years of increases, the amount of total sales and use taxes for fiscal year 2019 was about 5 percent lower than that of fiscal year 2015, before the economic downturn in the state,” stated Wenlin Liu, chief economist at the Economic Analysis Division who spoke with the newspaper.

Sales and use tax collection can fluctuate dramatically, often running parallel with the state’s endemic boom and bust cycles.

Construction stemming from the energy sector delivered high returns for the state in the form of taxes imposed on equipment and supply purchases for the field.

Sales and use tax growth was most pronounced in Converse County. The county collected 53 percent more in taxes than last year. Over 90 percent of Wyoming’s counties also experienced some growth.