Rainfall record in Miami proves how wet NE Oklahoma is 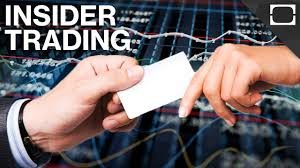 It has been nine months since the FBI began an insider trading investigation of former Marathon Energy chairman Dennis Reilley of Oklahoma City and little has publicly happened in the federal case.

It came to light in February when Reilley’s neighbor, John Kenneth Davidson was charged with lying to FBI agent Clayton Johnson. He denied receiving secret information from Reilley who at the time was a director on Covidien PLC, a medical supply company that was in negotiations to be bought by Medtronic. Inc.

Davidson reached a plea agreement with U.S. Attorneys in Oklahoma City in February.

” Specifically, Defendant admits that he knowingly and willfully made a materially false statement and representation to FBI
Special Agent Johnson when he stated that he had never received from D.R. any nonpublic information, which D.R. had acquired as a result of his position on the boards of directors of Marathon Oil, DowDupont, or Covidien,” stated the agreement.

D.R. is presumed to be Dennis Reilley.

Davidson has yet to be formally sentenced but agreed he could received up to five years in prison and also be fined up to $250,000 by U.S. District Judge Stephen P. Friot.

Court documents showed he made a gain of $20,500 on Covidien shares he purchased following the alleged insider trading tip received from Reilley. Davidson was freed on a $1 million bond and the last development in his court case was on March 29, 2019.

Reilley had been chairman of Marathan Oil for nearly six years before he was replaced as chairman Feb. 1. He was elected to the Dow Board of Directors in 2007 and previously was chairman of Praxair, Inc. and held various senior executive positions with Conoco.