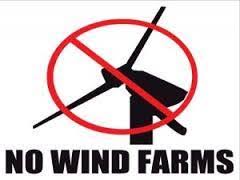 County Commissioners in Beatrice, Nebraska voted this week to reject a plan for a new wind farm. All five members of the Hamilton County Board voted against approval of a condition-use permit for the project, according to the Omaha World-Herald.

As part of the motion that passed, the board created a moratorium on the building of wind turbines until county staff members can research the impact of wind farms on people’s health.

“Hamilton County this year approved a comprehensive plan and zoning regulations that included provisions for wind generation,” Nelson said after the meeting. “We said from the beginning that it was a living document, that changes could be made to that in the future. It just so happened that as soon as the zoning regulations were approved, the application appeared, and it was our first application to look at under those new regulations.”