Lump of coal for some renewables in the U.S. spending bill 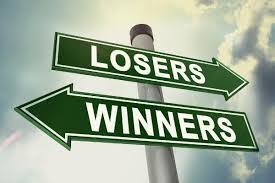 As Oklahomans in the House split their votes on the recent $1.4 trillion spending package that was eventually signed by President Trump, it also proved to be a win for biodiesel and renewable diesel industries.

Those getting a lump of coal for Christmas? Small-scale solar and electric vehicles. They were among the losers for tax benefits from the two major spending bills passed last week.

The $1.4 trillion spending package fails to include several measures to support power generation and transportation without burning the fossil fuels which are the main contributor to climate change.

Sens. Jim Inhofe and James Lankford both supported the two separate bills that made up the spending effort. But over in the House, the measures had only the support of Reps. Tom Cole and Kendra Horn—he was the Republican and she was the Democrat. Rep. Frank Lucas did not vote and the two measures were opposed by Republicans Kevin Hern and Markwayne Mullin.

What does it mean for renewables and green initiatives?

Gregory Wetstone, president of the American Council on Renewable Energy, described Congress’ failure to support for solar, wind and electric vehicles as a “squandered opportunity” because the tax code now “will do little for renewable growth and next to nothing to address climate change,” according to a report by Market Watch.

There was a tentative agreement between both parties that contained several of those clean energy provisions earlier in negotiations, but the White House objected to their inclusion, Democrats said, according to the Washington Post.

“We’re missing a huge opportunity,” said Rep. Paul Tonko, a Democrat of New York and chair of the House and Commerce subcommittee on climate change and the environment, according to the Post.

The Trump administration sided with the oil sector over General Motors Corp. and other automakers such as Tesla which had lobbied Congress this year to save the dwindling tax credit for electric vehicles.

Car companies had hoped to extend the EV tax credit beyond the current ceiling of 200,000 autos per manufacturer, but that also failed. The current rule provides a tax credit of up to $7,500 for each of the first 200,000 EVs sold by each car company. Many companies are nearing that ceiling.

The biodiesel industry, including the nation’s largest biodiesel producer Renewable Energy Group is one of the biggest winners in the new federal budget. Congress proposed retroactively reinstating the federal biodiesel excise tax credit dating back to the first day of 2018 and extending the subsidy through the end of 2022. The break provides a $1-per-gallon tax credit to companies that blend biodiesel and renewable diesel into petroleum-based diesel, which are typically the producers of the renewable fuel.

The Department of Energy and the EPA were appropriations winners because they received funding increases despite having been proposed for huge budget cuts by the White House, said Monica Medina and Miro Korenha, writing in their Our Daily Planet newsletter. “Coal miners were also winners because their pensions were funded, which is good news given the string of bankruptcies among coal-mining firms.”

Meanwhile, on-shore wind producers scored some advantage but failed to get a meaningful extension of their tax breaks, environmental advocates said. The industry got an extension for the credits on the front end, but not the back end — projects can begin construction by the end of 2020 and a full year later be eligible for the credit, but they still must enter service by the end of 2021.

Tax credits for small-scale solar projects will phase out, an expected move that the latest bill affirmed. That perk had provided an average benefit of $5,000 to individual households that invest in rooftop solar.

“Congress let a crucial opportunity slip by, advancing a massive government spending bill without extending one of the most successful clean energy tax policies in history” Abigail Ross Hopper, president of the Solar Energy Industries Association, said in a statement.

Her group had generated a letter sent to Congress earlier this year, signed by more than 900 solar companies, that argued the 30% tax credit for solar energy systems should be preserved because it has helped generate $140 billion in investment and created more than 200,000 jobs. Solar energy accounts for only a little more than 2% of U.S. electricity generation.