Longtime oil company director named to OU Board of Regents 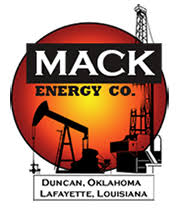 Now headquartered in Lafayette, Louisiana with the original home office in Duncan, Oklahoma, the privately-owned oil and gas company plans to drill at a site about four miles southeast of Ratliff City.

The permit was for the SW Wildcat Jim Deese Unit #15 wells to be drilled at 07 2S 2W which puts the pad site east of state highway 76.