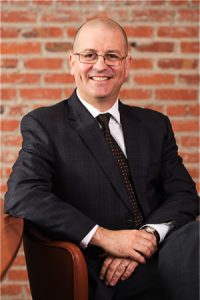 Chaparral Energy, the company that sold its headquarters in Oklahoma City amidst growing financial challenges is now under new leadership in what might be considered a shakeup as a new President is named and two new directors are added to closely monitor how the company emerges.

The company’s board of directors announced early Monday that Charles “Chuck” Duginski, an experienced corporate leader who worked for a handful of other Oklahoma oil and gas firms, was appointed as President and Chief Executive Officer,replacing Earl Reynolds. The announcement stated that Reynolds “has resigned to pursue other interests.”

Reynolds joined Chaparral in 2011 as an executive vice president and Chief Operating Officer before being named as the company’s president in 2014. 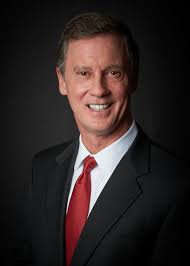 “We believe Chuck will bring strong leadership and a fresh perspective to Chaparral’s business in the STACK and Merge while at the same time benefitting from the valuable insights of the Chaparral team,” said Chaparral’s Chairman of the Board Marc Rowland.  “With over 25 years of experience, he is a seasoned industry veteran, and we look forward to leveraging his expertise and leadership as we continue to create value for our shareholders.”

Duginiski was most recently Chief Operating Officer, Senior Vice President and board member at Tapstone Energy, LLC. In fact, he was still listed as a corporate leader at Tapstone on the firm’s website as of early Monday morning. He held the leadership positions at Tapstone for 22 months and was named to the company’s board of directors only eleven months ago.

Duginiski also served as COO of Echo Energy from 2013 to 2015 and previously was Vice President of the Southern Region Production for Continental Resources, Inc. At Continental, he had both operational and technical responsibility for completion and production of wells in the southern region which included the SCOOP and STACK plays. Before going to work at Continental, Duginski worked for Chesapeake Energy Corporation

“I am honored to be asked to join and lead the Chaparral team,” Mr. Duginski added. “Opportunities in this basin abound, and I am confident that, with keen focus on technical and operational excellence, safe operations, and improved cost structure, Chaparral will create value even in this challenging upstream environment.”

As for new director Michael Kuharski, he is a director on the North American Investment Team of Strategic Value Partners which is also Chaparral’s largest shareholder.

The other new director, Mark McFarland is the Executive Chairman of GenOn Energy Inc and sits on the board of TerraForm Power. He previously was the President and CEO of GenON and before that was CEO of Luminant, a subsidiary of Energy Future Holdings Corp.

In its change-of-leadership announcement, Chaparral also revealed some of its inducement to get Duginski to join the company.

Earlier in 2019, the company was forced to sell its Oklahoma City headquarters building and lease back some of the facility from the new owner. 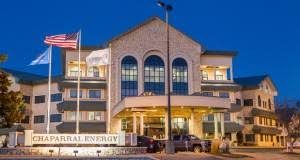 The leadership shakeup also came after Chaparral was recently given a delisting warning by the New York Stock Exchange. Chaparral’s change in leaders came just two years after the company came out of Chapter 11 bankruptcy in 2017. In 2018, the company spent $100 million on acquisitions in the STACK, most in Kingfisher County, but then was forced to live within its cash flow over its 131,000-net acre position in the state.