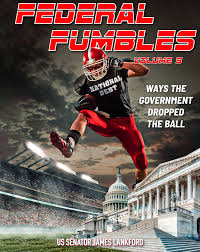 U.S. Sen. James Lankford is out with his fifth Federal Fumbles report detailing hundreds of billions of dollars in what he considers to be wasteful government spending including money spent on energy projects.

“This volume of Federal Fumbles does not stop with our broken budget process,” he said in introduced the latest edition. “In fact, that is just the beginning. In the pages ahead, you’ll read some shocking information about the money different agencies spend….”

“What do you think of that Tesla next to you at the stoplight? Glad you like it since you helped purchase it,” he continued.

In one section, he pointed to the $21.7 billion spent on Energy Tax Extenders which are used to be incentives for companies but now the companies no longer need the incentives and Sen. Lankford says it’s a waste of taxpayer’s money.

“The first of many offenders is the biodiesel tax credit which was first authorized in 2004. It allows biodiesel producers or blenders to receive an income tax credit of $1 per gallon of biodiesel. So far, the credit has cost nearly $12 billion.”

He’s against it costing any more. 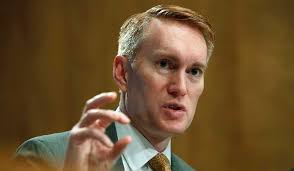 Lankford said providing financial help to incentivize compliance with a policy that has already lapsed won’t achieve the desired result.

“Sending a big check of tax dollars to companies does not encourage consumers to buy more biodiesel; it just improves the bottom line of biodiesel companies,” said the Senator.

“The size of the credit depends on a vehicle’s battery capacity, which means more money to those with larger batteries.”

Then there’s the Harbor Maintenance Tax which is supposed to be spent on improvement of the U.S. waterways. Lankford says it isn’t.

“$1.67  billion will automatically be added to our national debt in FY 20 in the name of waterway infrastructure. Smells fishy to me,” he stated.

Here’s why. The Army Corps of Engineers is supposed to spend the money on the maintenance of waterways such as the McClellan-Kerr Waterway in Oklahoma. But Congress has stepped in and must authorize the expenditures of the Corps of Engineers and the purposes of the projects.

Instead, Congress has used much of the tax revenue on other purposes.

One Federal Fumble the Senator pounced on was the $2.9 million in grants to study the Steller Sea Lions of Russia.

“While Russia meddles in our elections, our agencies are working
to understand their sea lions and history,” he stated.

The project is funded by the National Oceanic and Atmospheric Administration which awarded a grant to a consulting group that works directly with Russia.

“Wait for it—the situation only gets worse. The firm that
received this award, North Pacific Wildlife Consulting, works directly with the Russian government, acting as an entity to pass funds to Russian scientists for animal research. This means that $1.7 million of our money is directly assisting research by and for the Russian government. This is nonsensical.”