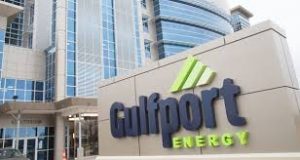 The lawsuit is believed to be an effort by Gulfport to continue efforts to rid itself of financial obligations and more of its assets following November layoffs of some of its workers.

The action launched a series of SEC filings by the companies in which Mammoth Energy stated that Stingray’s five-year old contract to provide pressure pumping services to Gulfport had not been terminated.

Mammoth stated in an SEC filing that its Chief Financial Officer had been notified Dec. 18, 2019 by a Gulfport executive that Gulfport “had filed a lawsuit under seal in Delaware that seeks to terminate the contract.” Mammoth indicated it had received no other communication of the lawsuit.

The SEC filing by Gulport indicated it owns “approximately 22% of Mammoth’s outstanding common stock and one of Mammoth’s directors is Gulfport’s designee pursuant to an investor rights agreement” between the two companies.

As for Gulfport’s divestiture, its water infrastructure assets in the SCOOP were acquired by a third-party water service provider. Gulfport said it expected to get $50 million cash on closing and has an opportunity to earn potential incentive payments in excess of another $50 million over the next 15 years. The closing is expected to be made in January 2020.

Gulfport also revealed it had made another agreement to divest some of its holding in the Utica Shale for nearly $29 million cash and the closing is expected in 2019.

In November, the company announced the layoff of 13% of its workforce and the resignation of two members of its board of directors.