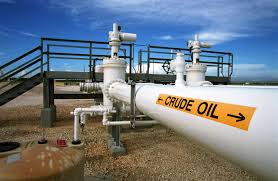 A move by the owners and operators of the Dakota Access pipeline across Illinois to double the volume of oil coming out of North Dakota will likely be decided by the courts.

The Dakota Access pipeline and the Energy Transfer Crude Oil pipeline are known together as the Bakken Pipeline which is a joint venture between Energy Transfer, MarEn Bakken Co. and Phillips 66.

Oil started flowing through the Dakota Access line in the summer of 2017 and transports an average 560,000 barrels of oil a day.

Now the Dallas-based company that jointly owns the pipeline, which begins in North Dakota, wants to nearly double the volume, pumping up to 1.1 million barrels from the oil-rich Bakken region through South Dakota and Iowa into Illinois according to the Dallas Morning News.

To increase the flow, the company wants to build a series of new pump stations along the 1,172-mile route, including in western Illinois, and upgrade its facilities where Dakota Access links up with other Midwestern pipelines.

In Illinois, the oil companies filed a petition for the upgrades with the Illinois Commerce Commission, seeking authorization to build a new pump station in Hancock County, north of Quincy, and replace and add pumps at the oil tank complex in Patoka, about 80 miles east of St. Louis. The petition also requests authorization to build a new pump station on another pipeline at the southern edge of Illinois, near the town of Joppa on the Ohio River.

But the June filing drew objections from two environmental groups and a landowner with property near the pipeline. Save Our Illinois Land and the Sierra Club filed objections to block the expansion, arguing that pumping more oil through the pipeline will increase the risk of spills and leaks along the rural route.

“I don’t trust these people to operate in a safe and rational manner,” said Bill Klingele, who owns farmland adjacent to the pipeline in Brown County in western Illinois.

Since summer, the pipeline company and the environmental groups have been locked in legal wrangling with no immediate end in sight. The environmental groups are pushing for more information on why the increased oil flow is needed and objecting to the risks involved. The oil companies have highlighted the economic benefits of the project.

“The optimization of the pipeline will help allow for further development in the Bakken, economic growth in North Dakota, and the stabilization of costs for the industry and consumers,” Lisa Coleman, a spokeswoman for Energy Transfer, said in an emailed response to questions. “Constructing pump stations is a safe and standard industry practice. The maximum operation pressure (MOP) for which the pipeline was designed, tested and permitted will not change. . We constructed the Dakota Access Pipeline using all of the latest pipeline technology, and exceeded many regulatory requirements with additional safeguards.”