ONEOK gets okay to move propane into Midwest 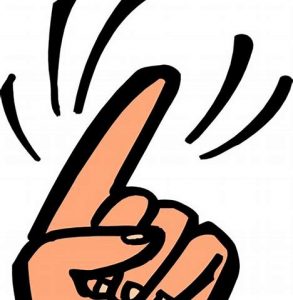 Almost 20 months after former Oklahoma Attorney General Scott Pruitt resigned as administrator of the EPA in the Trump administration, Democrats are still hounding him and holding him up for criticism. So is the EPA’s watchdog.

In the past week, the EPA’s Inspector General released a report stating the EPA violated two executive orders in its 2017 proposal repealing glider truck emissions rules.

“According to EPA managers and officials, then-EPA Administrator Scott Pruitt directed that the Glider Repeal Rule be promulgated as quickly as possible. The proposed repeal rule would relieve industry of compliance requirements of the Phase 2 rule, which set emissions standards and production limits for gliders beginning January 1, 2018. EPA officials were aware that available information indicated the proposed Glider Repeal Rule was “economically significant;” however, Pruitt directed the Office of Air and Radiation to develop the proposed rule without conducting the analyses required by the EOs. The lack of analyses
caused the public to not be informed of the proposed rule’s benefits, costs, potential alternatives and impacts on children’s health during the public comment period,” stated the report.

Sen. Tom Carper, the top Democrat on the Environment and Public Works Committee, and Sen. Tom Udall , the ranking member of the Appropriations panel responsible for Interior-EPA funding, called out Pruitt and the White House after EPA’s watchdog released the report Thursday.

The duo called it “disturbing” that the agency’s “efforts were aided by the White House’s Office of Management and Budget, which impeded the IG’s investigation, covered up EPA’s wrongdoing and violated the law.” They also called on Administrator Andrew Wheeler to “do the right thing” and withdraw the glider truck proposal, according to POLITICO’s Morning Energy Report.