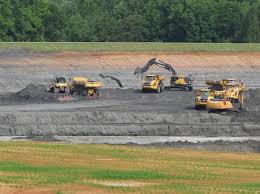 Georgia will follow Oklahoma in becoming only the second state to be allowed to operate its own coal ash permitting program. The U.S. Environmental Protection Agency made the announcement and coincides with the agency’s plan to issue new federal permits for coal ash disposal, a move that could save $1 million a year.

The new permitting plan address states that don’t operate their own permitting. It applies to every state with the exception of Oklahoma and now Georgia.

Oklahoma received its EPA approval to enforce coal ash disposal rules and regulations in June of 2018. It resulted in the Oklahoma Department of Environmental Quality being put in charge without federal oversight.

At the time, the environmental group EarthJustice threatened to file a lawsuit, prompting the DEQ to defend the decision. OK Energy Today reported at the time (June 2018) that the discussion of the new regulations for coal combustion residential disposal had been underway for years.

“Having DEQ as the regulatory authority for CCR, rather than EPA, provides distinct advantages to both the citizens of Oklahoma and the regulated community,” said ErinHatfield, Director of Communications at DEQ. “The federal rule, as previously administered by EPA in its self-implementing form, lacked a mechanism for enforcement.”

She said the only option citizens had to compel compliance was to go to court and file a lawsuit.

The EPA first recommended Georgia be allowed to operate its own coal ash program in June. It was part of a movement to give states more flexibility in cleaning up the waste product and its toxins.

President Donald Trump’s EPA has been rolling back pieces of the Obama era coal combustion residual (CCR) rules — written in response to coal ash spills that triggered the release of thousands of tons of toxins into the surrounding environment — since March of 2018.