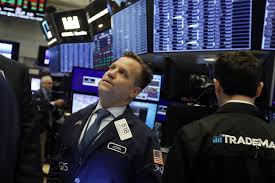 The financial moves by Chesapeake Energy, which included a $1.5 billion new bank loan resulted in a soaring volume of the company’s shares in Wednesday’s trading.

Chesapeake stock finished up 17 percent at the end of the day’s trading, closing at nearly 74 cents a share which was an eleven cent increase for the day. The company experienced a 25-year low on Nov. 19 when shares traded for only 56 cents.

Chesapeake shares were among the most actively traded on major U.S. exchanges and more than the full-day average of nearly 90.7 million shares.

“Chesapeake expects these transactions to improve its financial flexibility, as they will allow Brazos Valley and its subsidiaries to support Chesapeake’s current and future debt,” the company said in a statement.

Analyst Neal Dingmann at SunTrust Robinson Humphrey told Market Watch “most importantly,” the amendments to Chesapeake’s credit facility increases the company’s borrowing ability, to a leverage ratio of 4.5-times from 4.0-times. In the company’s 10-Q filing of audited third-quarter results, the company defined leverage ratio as the ratio of consolidated debt to consolidated earnings before interest, taxes, depreciation, amortization and exploration expense.

Dingmann said that while he views the financing deals as a “positive” for Chesapeake, as it gives the company with additional financial flexibility for future transactions, he still believes “large asset monetizations” are critical in addressing debt maturities over the next few years, as leverage remains well above the company’s peer group.

“While the newly announced transactions appear to buy Chesapeake time, we believe asset sales remain critical to the going concern,” Dingmann wrote in a note to clients.