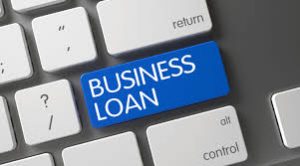 The loans came from JPMorgan Chase Bank,N.A., Morgan Stanley Bank, N.A., Bank of America, N.A. and MUFG Bank, N.A. ” to assist with the arrangement of a secured first lien last out 4.5-year term loan facility in the aggregate principal amount of up to $1.5 billion,” stated the press release.

The loan will be from one or more commercial banks, and will be secured by the same collateral securing Chesapeake’s existing revolving credit facility.

“Chesapeake expects these transactions to improve its financial flexibility, as they will allow Brazos Valley and its subsidiaries to support Chesapeake’s current and future debt,” stated the company release.

The move came a month after Chief Executive Doug Lawler had commented, “Chesapeake continues to strongly believe our current capital and operating program, coupled with the planned 30% reduction in capital expenditures in 2020, will strengthen the financial position of the company for the long term. We have substantial liquidity with no significant near-term maturities.  We continue to pursue strategic levers to reduce debt, including asset sales, capital markets transactions, and focus on cost discipline. Additionally, we are de-risking our cashflows through our hedging program and remain confident in our long-term liquidity.”

For the third quarter, Chesapeake reported a net loss of $61 million and a net loss available to common stockholders of $101 million. The adjusted net loss for the quarter was $188 million for Chesapeake.

As of the end of September, the company’s principal amount of debt outstanding inclusive of Brazos Valley debt was nearly $9.732 billion.