No letup by Chevron in the Permian Basin

Wastewater center to be developed in New Mexico’s Permian Basin 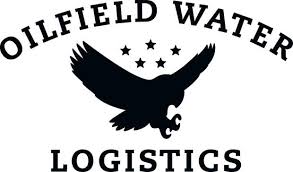 A Texas-based oil and gas water company is moving into southeast New Mexico, to provide processing for water and other fluids generated during operations in western section of the booming Permian Basin.

Oilfield Water Logistics, based in Center, Texas, announced its plans to develop a 540-acre oil and gas water and waste management facility in Lea County on U.S. Highway 128, between Carlsbad and Jal.

The recent boom in oil and gas production in the Permian Basin, and New Mexico, was driven by the process of hydraulic fracturing where water and chemicals are pumped deep underground to breakup rock formations, so oil and natural gas can be extracted.

The process not only uses significant freshwater resources by contaminating the water with chemicals and heavy metals, but it also produces water from deep below the surface that is high in brine and other elements and unfit for human consumption or use.

Such waste and produced waters were traditionally pumped back underground via disposal wells, but numerous water midstream companies began entering the region to cash in on an opportunity to treat and handled the waters produced or polluted by the oil and gas industry.

Oilfield Water Logistics’ facility would handle more than 400 loads of the water and other oilfield waste each day.

The treatment facility was the “ninth of its kind” read the release.

The project was expected to be complete by the second quarter of 2020.